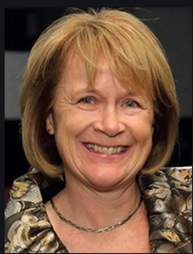 Carolyn Christie won the Second Flute Chair of the Montreal Symphony Orchestra (OSM) in 1978, after beginning her orchestral career with the Edmonton Symphony Orchestra. With the OSM she  toured 40 times, performing in Europe, Asia, South America and North America. Ms. Christie performed in Carnegie Hall on many occasions and has appeared on about 100 recordings.
As a soloist, Ms. Christie performed concerti with the MSO, and as a chamber musician and recitalist, with Les Chambristes de Montréal, Les Vents de l'Est, the Jupiter Quintet and Musica Camerata Montreal.
​
A devoted pedagogue, Ms. Christie taught on the faculties of the University of Alberta, Concordia University, and the Conservatoire de Quebec à Montréal, as well as Domaine Forget and The National Youth Orchestra of Canada. Christie now teaches exclusively at McGill University. Many of her former students perform with orchestras in Canada, the United States, and Europe.


Upon retirement from the OSM in 2014, Carolyn Christie attended the University of Ottawa, where she earned a second Masters degree in Human Kinetics (MHK), with a concentration in Intervention and Consultation. Christie adapted her MHK work to the performing arts, and now leads workshops and offers private counselling to professional and student musicians, teaching them mental skills that can assist them to perform up to their potential under stress.

Ms. Christie's Mental Performance Skills Workshops have been offered at every major University in Canada, the National Youth Orchestra of Canada, CAMMAC in Montréal and at the Curtis Institute of Music.

Most recently she was appointed as Co-Director of Canada's first Musician Wellness Centre at the University of Ottawa.
​